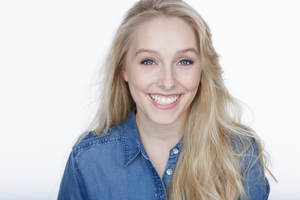 BROOKE DEBETTIGNIES is a theater director and educator with a passion for dramatic programming that empowers young performers and equips them with skills for life.  She has a BFA in Acting from Pace University (NYC) and her MA in Theater Directing from Mountview Academy of Theater Arts (London). Additional training includes the Shakespeare program at RADA (London’s Royal Academy of Dramatic Art) and Improv at The Second City (Chicago). Her experimental research in improvisational theater and children’s self-concept has been presented at the American Psychological Association’s National Convention where it was awarded ‘best research’.  She’s served as the Youth Program Director at Improvolution in NYC, and worked with Mousetrap Theater Projects in London. As a theater educator she has taught various courses, intensives, and workshops in cities such as LA, NYC, and London.  TV credits include: CBS’s Criminal Minds, NBC’s Las Vegas, Discovery Channel’s Hip Hop Harry, and Comedy Whacked (series regular). Favorite stage roles include: The Anatomy of Gray (June), Little Shop of Horrors (Audrey), The Winter’s Tale (Perdita), and The Crucible (Abigail Williams). Theater Directing credits include: Lord of the Flies, The Importance of Being Earnest (PT Productions), In the Year 2125 (Talos Sci-Fi Festival), Commedia Del Partay  (Stand Up Productions) and the world premiere of The Gauntlet (Catalyst Festival). Professional theater credits include: Beef & Boards Dinner Theater, LA Improv, and the American Cabaret Theater.​ 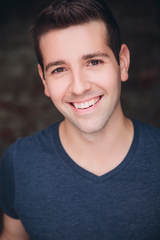 ​Brian Walters is an actor most known for starring as Marcus in the hit musical comedy Murder For Two. He also performed in productions of Titanic (National Tour), The Who’s Tommy, Parade, and The 12: A New Rock Musical.  Film credits include: Touching the Sound and Straight Outta Tompkins.  Brian is currently writing and orchestrating his own concert piece On My Sleeve.   As a vocalist Brian has toured the United States, Canada and Caribbean in concert, and was rehearsal understudy for Michael Feinstein at his New Year’s Eve performance with the New York Philharmonic.  Brian is a sought after theater and vocal coach, and has worked with theater students at Montclair State University, New York University and The Canadian College of Performing Arts. He earned his BFA in Musical Theater from Pace University, is a member of Actors Equity Association, and is an ol’ friend of YouthSong!  Not only was Brian a student of Toni Bilotti Cecere, but also he was one of the very first faculty members to join YouthSong during the beginning years of YouthSong’s Triple Threat Theater Camp!  Brian brings great energy and skill; students under his tutelage achieve great success and develop their passion for performing!  We are happy to welcome Brian “back home!”

MICHELLE PETRASEK has successfully taught music to children for many years.  Her fun, spirited teaching style engages students immediately.  Ms. Petrasek holds the position of elementary music teacher, grades K to 8, at St. Andrew’s School in Clifton.  She also is Director of Music and Youth Ministry for the parish.  Michelle teaches music; directs three choirs for adults, teens and children; and plans and executes all music-related events and activities for the parish and school.  Michelle holds a B.A. in Creative Writing with a Minor in Music.  She is owner of M.P. Music, a music school in Clifton and Paterson, offering music classes for children 18mos. to 13 years old.  YouthSong was delighted to introduce Michelle as a member of its faculty for the 2016 Triple Threat Broadway Camp this past summer.  Michelle teaches KINDERSING and LEARN TO SING classes for YouthSong. 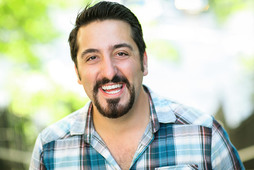 Actor MATT BAN has appeared on Broadway and on tour with the hit musical ROCK OF AGES as Dennis DuPree.  He also toured North America with MONTY PYTHON'S SPAMALOT.  Other credits include FIDDLER ON THE ROOF (Tevye), OKLAHOMA (Ali Hakim), LITTLE SHOP OF HORRORS (the Dentist), MADAME SECRETARY (TV) and many more.  Matt is also an accomplished voice over artist and has been featured in multiple animated programs and
features.  He can be heard in the upcoming "Pumpkin Reports" and as the singing Ice Prince in "Baby Learning World."  Matt has degrees in Theater and Speech.  He also studied improv with the Upright Citizen's Brigade in NYC. In 2016, directed the DBP Fall Drama production of TWELVE ANGRY MEN. Matt teaches acting classes for YouthSong. 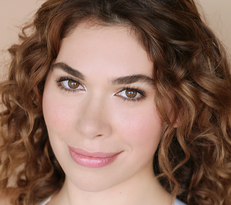 ALLEGRA LELAND is a choreographer and is currently choreographing Tarzan, the Stage Musical Based on the Disney Film at Don Bosco Prep.  She has trained in dance for over 17 years with master teachers throughout New York & New Jersey. In addition to numerous leading roles in regional theater productions and Off-Broadway, Allegra has appeared in commercials, print modeling, and in Independent Films. She was offered a talent based scholarship to the American Musical & Dramatic Academy in New York City, where she studied Musical Theater.  Allegra is a member of the Actors' Equity Association and was an original cast member of A Christmas Rose, a musical that debuted at Carnegie Hall with Jane Seymour.  Last year, she appeared as Hope in an Off-Broadway production of Anything Goes on Theater Row 42nd Street.  Allegra enjoys being a true triple threat: a classically trained ballet dancer and an award-winning vocalist and actor. As a compassionate & enthusiastic instructor who is also a working actor, Allegra loves sharing the joy of dance & having fun with her students! 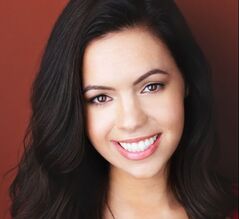 ​MORGAN KIRNER is an actor, fitness instructor, and teaching artist (also from New Jersey!), who currently resides in New York City! She received her BFA in Musical Theatre from the Boston Conservatory (2016). Some of her theatre highlights include “Ermengarde” in the 1st National Tour of Hello,Dolly! starring Betty Buckley, “Anne” in A Little Night Music at the Huntington Theatre Company, and “Ariel” in the Little Mermaid, among many others! Morgan also was a Jimmy Awards nominee (2012, winner of the Spirit of the Jimmy Awards) via the Paper Mill PlayHouse Rising Star Awards (2012) (Winner: Best Actress 2012). Morgan loves working with students on musical expression, meaningful movement, and mining text in both songs and monologues to bring out the most authentic, unique performances in each and every student.  Morgan is a teaching artist/stage manager/volunteer with the 501-c3 Dreamstreet, a theatre program based in Brooklyn for adults with developmental disabilities.  Morgan taught a summer workshop for YouthSong and is delighted to have joined the faculty for Fall 2020!