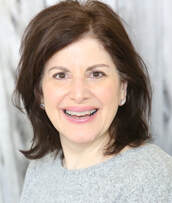 Teaching singing is a full-time career for TONI BILOTTI CECERE.  She is not an actor or singer who ﻿is looking to ﻿have something to do in between shows.  She is not working on her own singing career, while trying to help you with yours.  Rather, she is a dedicated voice teacher who has devoted over 30 years to teaching singers to become the best they can be.   She approaches voices study in a holistic way, not only through an understanding of the developmental level and abilities of the student, but also having awareness of bio-psycho-social issues.   Whether you want to have a career on Broadway, be a pop star, sing with the Metropolitan Opera, or just become the best singer you can be, Toni is the teacher for you!

Ms. Cecere's students have performed with distinction throughout the country, winning principal roles across singing styles – from Classical to Musical Theater to Pop.  They have appeared on Broadway, on TV, and in regional opera.  Ms. Cecere's singing experience, training in vocal pedagogy and voice science, along with her professional experience in the music business make her uniquely qualified to train aspiring young performers. 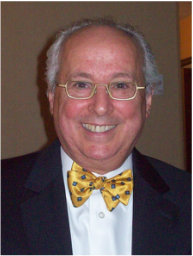 GAETANO CECERE is revered by students for his gentle, kind demeanor, and wonderful sense of humor.  He has a gift for showcasing students at every level of achievement and at bringing them to new mastery.  Mr. Cecere has been a music educator and administrator for over thirty years.  He joined the faculty of Don Bosco Prep in 2006 as the Director of the Concert Band and Music Teacher, and has since established additional ensembles of String Orchestra and Liturgical Music, building the music program to well over 100 students.  Mr. Cecere came to Don Bosco Prep from Halsey Intermediate School 296, a magnet school for the arts in Bushwick, Brooklyn, where he was band teacher for twenty-five years before becoming Assistant Principal.   During his tenure at Halsey IS, Mr. Cecere was nominated three consecutive years for the New York Daily News’ Principal’s Pride of Music award. This award recognized Mr. Cecere’s ability to transform students with no familiarity with an instrument or music literacy into acknowledged performers.  The Halsey Concert Band was invited to play for many New York City and borough events, including Governor Mario Cuomo’s March of Champions, an anti-drug program for children of the community; at New York City Hall for the swearing in ceremony of Councilman Erik Martin Dilan; and for the Puerto Rican Day Parade down Fifth Avenue.   Mr. Cecere holds a B.S. degree in Music Education from Pace University (piano and violin major), an M.A. in Music Education from Brooklyn College (piano major), a certificate in Administration and Supervision from City College of New York, Certifications in School Administration and Supervision, School District Administration, General Music, Orchestral Music, and a National Teacher’s Examiner’s License.
In October of 2014, Mr. and Mrs. Cecere were honored with the Salesian Educators Award for their role in establishing the performing arts programs at Don Bosco Prep. 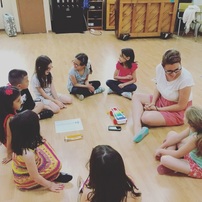 ICHELLE PETRASEK has successfully taught music to children for many years.  Her fun, spirited teaching style engages students immediately.  Ms. Petrasek holds the position of elementary music teacher, grades K to 8, at St. Andrew’s School in Clifton.  She also is Director of Music and Youth Ministry for the parish.  Michelle teaches music; directs three choirs for adults, teens and children; and plans and executes all music-related events and activities for the parish and school.  Michelle holds a B.A. in Creative Writing with a Minor in Music.  She is owner of M.P. Music, a music school in Clifton and Paterson, offering music classes for children 18mos. to 13 years old.  YouthSong was delighted to introduce Michelle as a member of its faculty for the 2016 Triple Threat Broadway Camp this past summer.